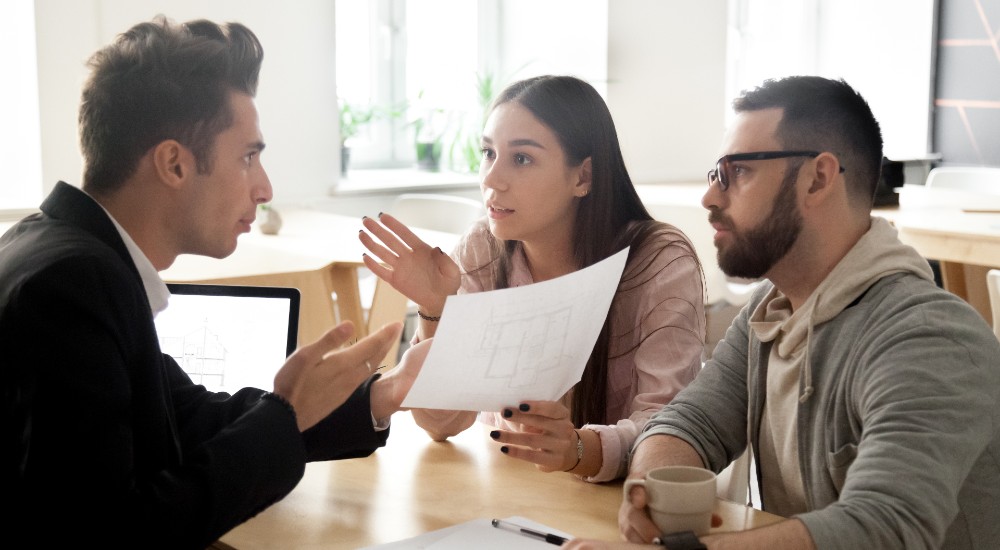 If you are building or renovating a home, the building process doesn't always go as expected. There may be a delay in finalising the work, the work may not be of the expected quality, or other issues may arise.

For builders, there may be a dispute over payment after the work is complete.

At AANDI Lawyers, we are experts in domestic building dispute resolution. We can help both homeowners and construction businesses to achieve fair outcomes.

Get in touch with us for advice on handling your domestic building dispute and to find out your options.

Domestic building disputes can put a strain on both homeowners and construction businesses. This is why resolving disputes quickly and fairly is so important.

Who can raise a domestic building dispute claim?

When do I have a domestic building dispute claim?

Most domestic building disputes arise when work is faulty, or when contractors are unpaid for completed work.

Types of domestic building work that can be subject to a claim include building a new home, renovations, extensions, repairs, alterations, improvements, demolition or removal of a home.

The dispute can include delays in completion, payment issues or other breaches of a building contract.

A domestic building dispute may arise months or years after the building work is complete if a flaw in the structure becomes apparent. From the time of contract, you may have as little as 3 months to initiate a dispute, depending on the terms of your contract. For this reason we recommend you do not delay in seeking professional advice.

What steps are involved in resolving a domestic building dispute?

No matter which side of the dispute you are on, following the steps below can help resolve the issues faster.

1. Raise the issue with the other party

The first step in any contractual dispute is to discuss the issue with the other party. Be sure to keep copies of relevant documentation, such as invoices, contracts and written communication.

Keep a record of conversations regarding the matter, including the date and time. Taking photographs of the work in question may also prove useful.

2. Put the request in writing

If discussion fails to resolve the issue, the next step is to send a formal letter or email outlining the matter and requesting a response.

You can set a given timeframe in which you expect a response, usually two to four weeks. This step demonstrates that you are making a reasonable attempt to resolve the dispute yourself before taking it further.

You'll need to demonstrate taking reasonable steps to resolve the dispute independently, before you apply to DBRV. Reasonable steps may involve notifying the other party that you intend to proceed with an application to DBRV.

The initial online application must include the details of the dispute and contact details for both parties. A Dispute Resolution Officer will assess the application to determine whether the matter falls within the jurisdiction of the DBRV, and is suitable for conciliation.

If the application is accepted, it will proceed to conciliation. Before the appointed day, you'll need to provide all documents relevant to the dispute, including contracts, architectural drawings, an extension  of times requests or occupancy permits.

Possible outcomes from conciliation include:

Agreement: If there is an agreement, the actions required by each party will be formally documented, including relevant dates. Each party is responsible for honouring the terms of this agreement.

Certificate of Conciliation: A certificate of conciliation entitles the parties to proceed to apply to the Victorian Civil and Administrative Tribunal (VCAT) where there is no resolution.

If the dispute remains unresolved by any of these previous steps, you may need to issue a claim with VCAT.

You'll generally need legal advice to proceed. An injunction to stop or mandate action by the other party to the contract may be required, before proceeding with a VCAT application.

The first step in a VCAT application is usually mediation or a compulsory conference. If unresolved, the dispute will proceed to a hearing at the Tribunal. A hearing is a formal process similar to a court hearing, and the decisions made at VCAT are enforceable by the State courts.

Before proceeding with a domestic building dispute, it pays to seek legal advice to ensure the matter constitutes a dispute. Once you know your rights, you can take the most appropriate steps to resolve the issues at hand.

We can assist you with expert legal advice and a recommendation on the steps to resolve your issues and concerns.